“The Art of Arabian Racing”

“The Art of Arabian Racing”

Following on from the successful exhibitions at Dubai International Arabian Races (DIAR) last year and also at the National Horse Racing Museum (NHRM) in 2013, the Society of Equestrian Artists (SEA) have produced another selection of Arabian racing themed work which will be shown at both venues this summer and autumn.
The exhibition was previewed at DIAR on 26 July at Newbury racecourse and then transferred straight to the NHRM on Newmarket’s High Street, where it will remain until 5 October. It coincides with two important Arabian racing events to be held nearby – the Arabian Racing Organisation Season Finale at Huntingdon on 20 September and the UK Arabian Derby (Group 1 PA) to be held at Newmarket’s Rowley Mile Course five days later, both are sponsored by Shadwell Stud. 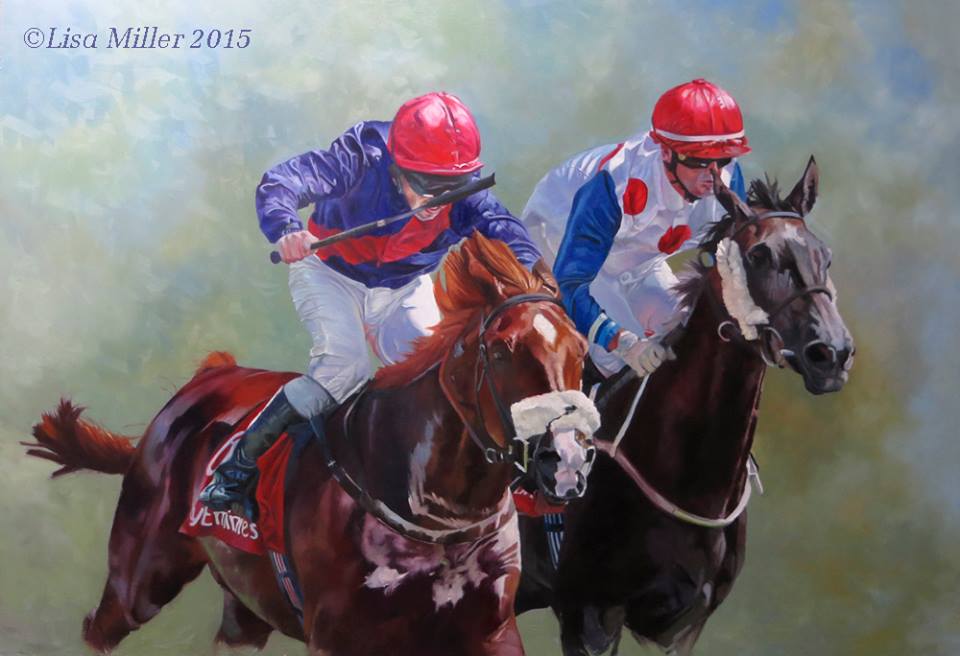 Please click on the image to view the full slideshow

Work exhibited includes a selection of oil paintings by Lisa Miller ASEA, winner of the prestigious Denford Stud sponsored ‘Best in Show’ award at last year’s Society Annual Exhibition – The Horse in Art 2014, held in London. Both she and Mary Herbert SEA, were inspired by trips to watch Arabians race at Hereford, as part of the HH Sheikh Mansoor Global Arabian Festival. Michelle McCullagh SEA, submits life sketches made at Taunton during one of the early season Arabian racing fixtures. McCullagh’s work is highly sought after and this will whet the appetite for her forthcoming solo show in London this November.
Other represented artists include Elizabeth Armstrong ASEA, who is currently artist in residence at Royal Windsor Racecourse. She held a well attended Children’s Art Workshop on behalf of the SEA at Newbury and will be running another at Huntingdon on 20 September. Debbie Dunbar SEA who also acts as Society Secretary, has work in many collections around the world including HRH Prince of Wales and the Royal Cavalry of Oman.
Both previous exhibitions recorded excellent sales and images of the work will be available to view online on the Society website from 25 July.