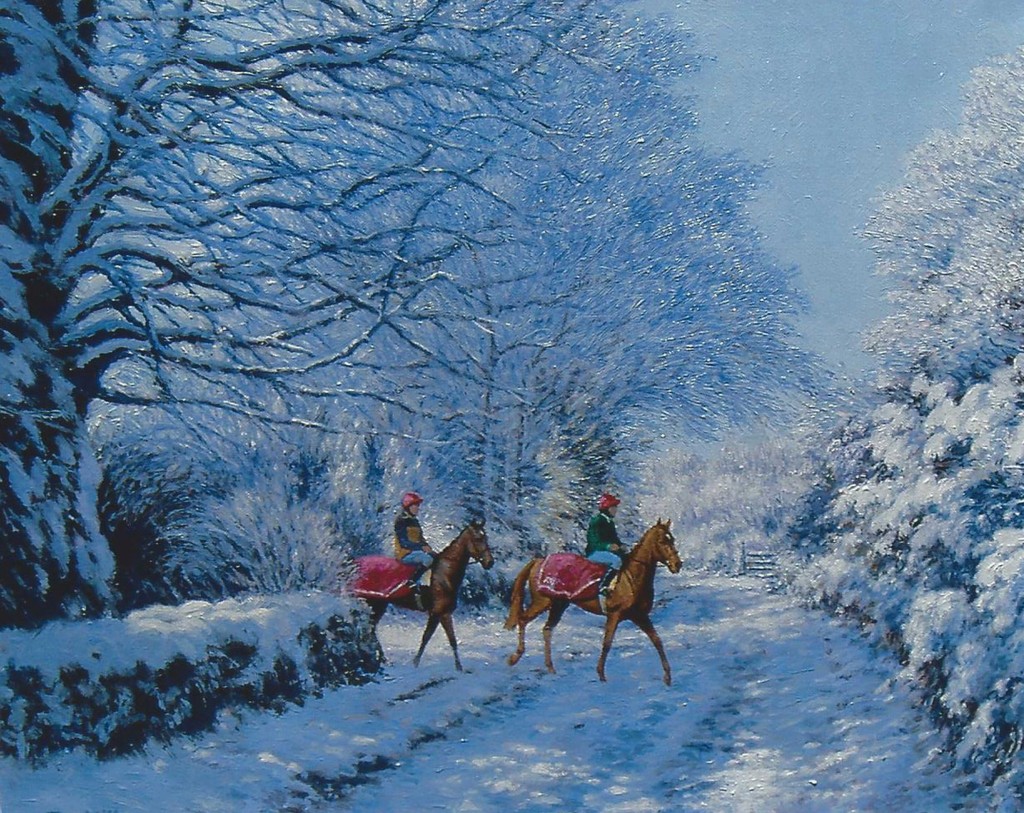 As a member of the Society of Equestrian Artists (SEA) and the American Academy of Equine Art, Roy is an artist of international repute.

Roy began work as a professional artist at the age of fourteen while studying in the evenings at Manchester College of Art.  In the early sixties he moved to London and worked as a freelance artist and illustrator.

He has had many exhibitions including the Royal Academy, but the turning point of his career was in 1972 when he visited a racecourse and fell in love with the ‘sport of kings’.  Within three years his talents for equestrian painting were recognized and acclaimed and he became a full-time equestrian artist.

Her Majesty the Queen has a painting of Roy’s in her own collection.  Other commissions from The Hong Kong Jockey Club, the Coaching Club of Great Britain and the United Racecourse Group quickly followed.

His solo exhibitions include The Melbourne Cup Festival in Australia, The Sporting Gallery of Virginia in the US and The National Stud in Newmarket, England.