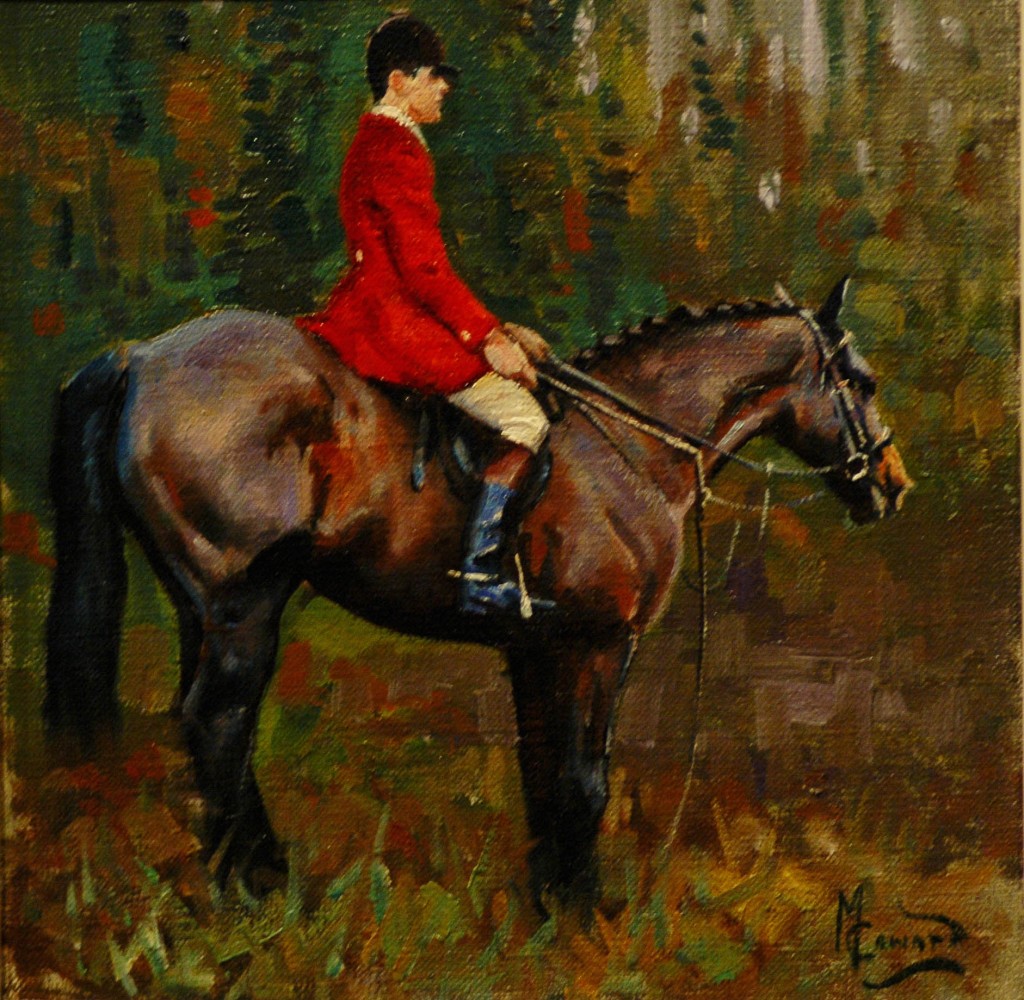 Malcolm Coward S.E.A. is internationally recognised as one of England’s leading equestrian artists. Winner of numerous awards at the Society of Equestrian Artists in London, he has won the coveted President’s medal three times. He has also had his work accepted at the Royal Society of Marine Artists, the Royal Institute of Oil Painters and the Royal Birmingham Society.

On the continent his work has been selected regularly for the French equestrian exhibition which starts at the Cadre Noir.

In America he has been invited to exhibit at the American Society of Equestrian Artists, at the Centenary Hunting Exhibition and a three page article about him was published in Equestrian Images.  He has, of course, exhibited in many other countries over the years, including Sweden at the World Equestrian Games in Stockholm, at Lifestyle Europe in Tokyo, at the Salon du Cheval in Paris, at the Feria in Jerez, Spain and at the Fiera di Verona in Italy.

Malcolm, who was born in Malton, North Yorkshire, lives for painting and his animals, which are constantly observed and contribute to his eye for anatomy and movement. His work is also noted for its tremendous use of colour and light and his powerful, yet sensitive brush strokes. He is able to paint horses in movement equally as well as portraiture. He spends much of his life travelling the world, watching horses of various types.