Horse in Art presentations and awards

Sir Mark Prescott, Bt. opened the event on November 21 and introduced outgoing Chair Debbie Burt Hon. SEA who announced the exciting news that an Emerging Artist Bursary is to be established. This will be funded in part using the money Debbie has won in two Dubai International Arabian Races (DIAR) Journalist Awards in 2012 and 2015. Supported by Shadwell Stud and the DIAR Committee, the awards take place annually with the grand prize including a donation to the charity of the winner’s choice.

The position of Chairman of the SEA has now been handed to Sheila Bailey, who brings with her a wealth of experience as an effective charity and not-for- profit professional. On behalf of the Society she thanked Debbie Burt for her hard work and the many years she has devoted to the organisation both as Honorary Secretary and as Chairwoman.

The National Horseracing Museum Director Chris Garibaldi extended the welcome to the newly refurbished Palace House Museum and highlighted its three main areas of focus, the National Heritage Centre, the Horseracing museum and crucially the live horse experience through the Retraining of Racehorses (RoR) centre. “Our objective from the start was to underline the living nature of art,” he said. “We didn’t want walls of brown horses all facing left. We have taken great care in building our own collection and exhibitions such as this here today prove that there is much more to embrace in the work of sporting art.”

As part of the Society’s commitment to promote excellence in art it was fitting that the first award of the evening was the John King Young Artist Award. The worthy winner is Sorrel Penman (14) for her oil painting ‘Spring‘. Her award was presented by Martin Bibby of the Pony Club UK and she now enjoys the honour of having her work on display for the duration of the exhibition.

The Horse & Hound Award for the Best Hunting Picture or Sculpture was selected by Polly Portwin Horse & Hound Hunting Editor and won by Ruth Buchanan SEA.

The top award for the evening, the Denford Stud Best in Show Award, was again judged by David Fuller and presented by SEA President Sir Mark Prescott to a delighted Jane Braithwaite ASEA providing an unprecedented double as Jane’s Plein Air entry was also a winner. 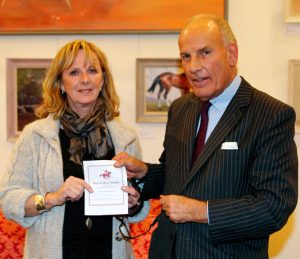 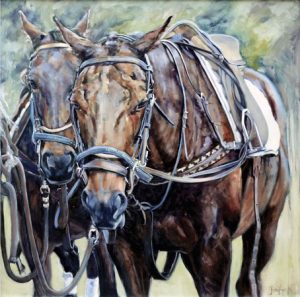 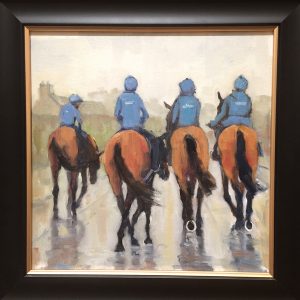 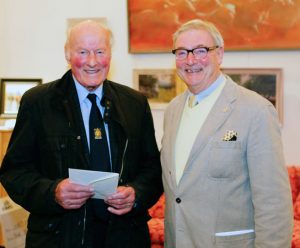 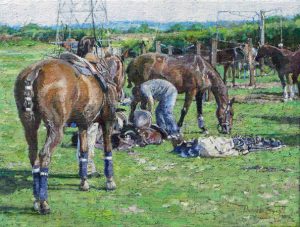 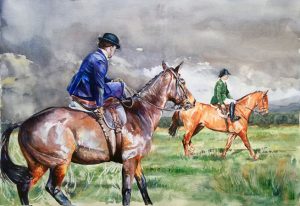 2016 Horse in Art The Horse & Hound Award for the Best Hunting Picture or Sculpture – ‘Buckle Up’ by Ruth Buchanan SEA. 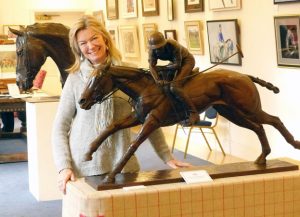 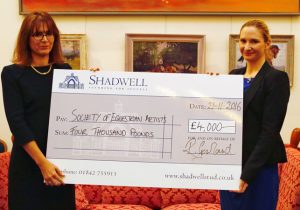 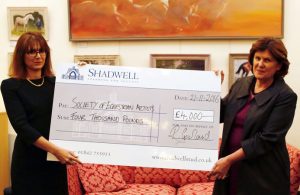 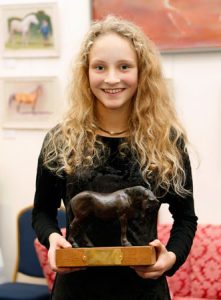 The John King Young Artist Award was won by Sorrel Penman, age 14, for her oil painting ‘Spring’. As well as the honour of having her work hung at the exhibition she receives a sculpture by Debbie Burt Hon SEA. 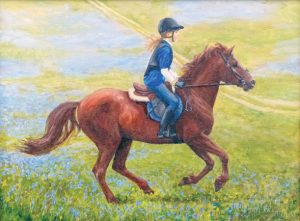 
The exhibition is open until December 4 and is free to view as well as being conveniently opposite the newly refurbished Horseracing Museum and café and also very close to Retraining of Racehorses – all forming part of The National Heritage Centre for Horseracing and Sporting Art, the major new visitor attraction in the heart of Newmarket. 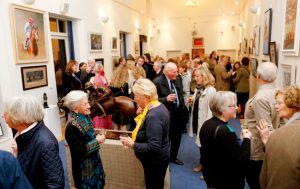