The 38th Annual Open Exhibition of the Society of Equestrian Artists opened its doors at Sally Mitchell’s wonderful 18th Century family-run Gallery in Tuxford for its Private View on Sunday 24th September. 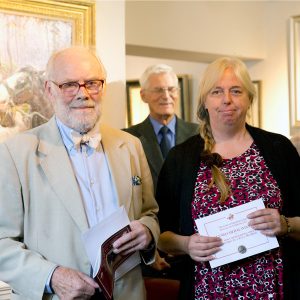 Visitors were welcomed and encouraged to browse and buy from an extensive choice of more than 100 excellent works by 50 artists.

Dr Robert Fountain, one of the founders of The British Sporting Art Trust (BSAT), officially opened proceedings and also praised the high quality of the work on show. In awarding The Robert Fountain Best Original Print (to Friend member Fiona Thomson) he made a special reference to how refreshing it was to see some good old-fashioned, proper etching on show – stating: “I would love to see more of woodcuts, lithography and similar at exhibitions.”

Sales were made at the exhibition, which bodes well for the exhibiting artists. This is possibly one of the best opportunities to view and purchase quality original works in the equestrian sphere in the UK this year.

For those travelling a long way to visit the exhibition there is a charming coffee shop on the premises where light meals and cream teas can be taken.

The gallery has its own free car park behind the gallery and the venue is very easily reached, just one minute off the A1 Northbound and three minutes off the Southbound. Travelling by train it is only 90 minutes from London and 15 minutes by taxi from Retford station. For those with smarter transport it is five minutes from Gamston airfield. 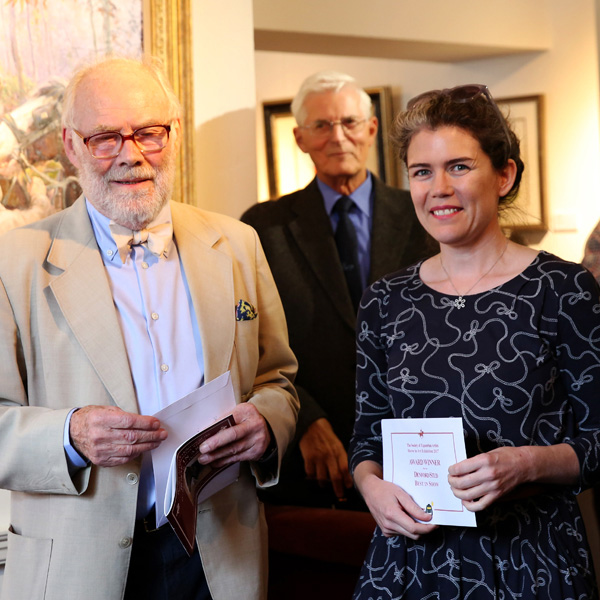