Malcolm Coward HSEA could be called one of the grandfathers of the Society today. He received his first Cuneo Medal from the great Terence Cuneo himself in 1992. Having won the award on a further four occasions Malcolm is the only person to have won it five times.

He has exhibited in many exhibitions in the UK and been a guest exhibitor in France, Spain and America. He has also exhibited in Italy, Germany, Belgium, Ireland, Sweden and Japan.

His work has been reproduced in many prints and on cards and two books about him have been published. He has also illustrated others.

Malcolm regularly teaches at workshops and his dry remarks make him very popular as long as you have a sense of humour! At least five of his regular students have also won the Cuneo Medal.

Malcolm, who was born in Malton, North Yorkshire, lives for his painting and his animals, amongst which are Jacobs sheep, geese, chickens, several horses and three dogs. All these are constantly observed and contribute to his eye for anatomy and movement. His work is also noted for its tremendous use of colour and light and his powerful, yet sensitive brush strokes. He is able to paint horses in movement equally as well as still portraiture. He spends much of his life travelling to various parts of the world, watching horses of different types. His travels are reflected in his paintings and it is remarkable to see the variance in light of the different countries showing through in his pictures.

He undertakes a few commissions each year. 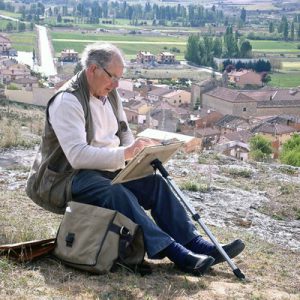 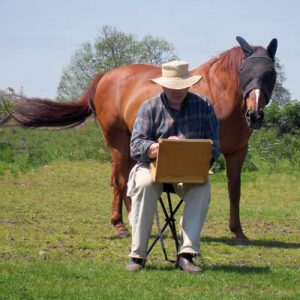 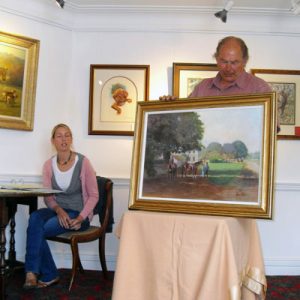 Handing in day at Tuxford – Laura Barber-Riley SEA as secretary and Malcolm Coward HSEA as porter.