Dennis Started Painting in his early thirties with his first major success coming in 1970 at the Royal Academy Summer Exhibition. Since then his continued success has allowed him to combine his love of travel with painting. In 2004 he was elected President of the Royal Institute of Oil Painters and is also a member of the Royal Society of British Artists, The Royal Society of Marine Artists, the London Sketch Club, as well as a Full Member of the SEA.  He was delighted to be awarded the Society’s most prestigious prize in 2012, which also entitled him to a seat on the judging panel for entries for the 2013 Horse in Art exhibition and the front cover image for the 2013 catalogue. 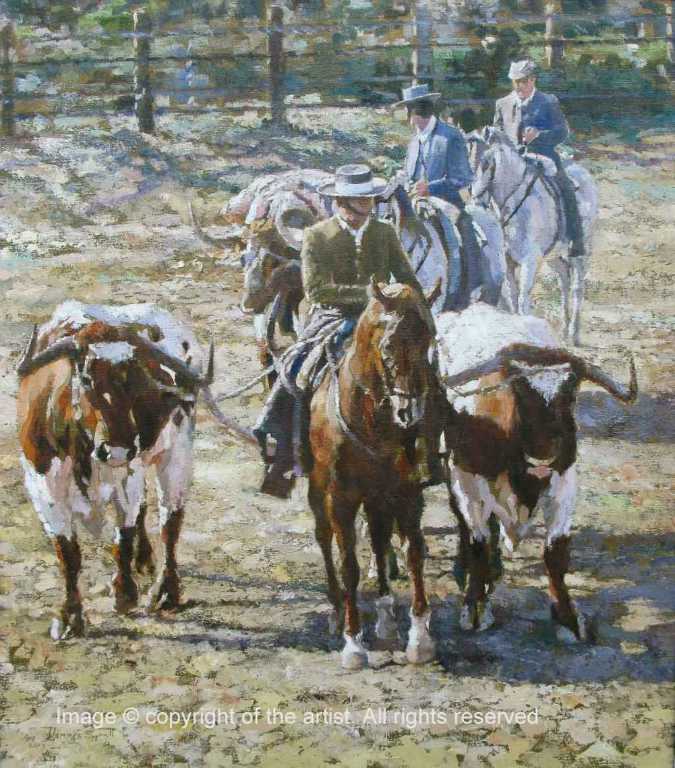 Leading in the Bulls