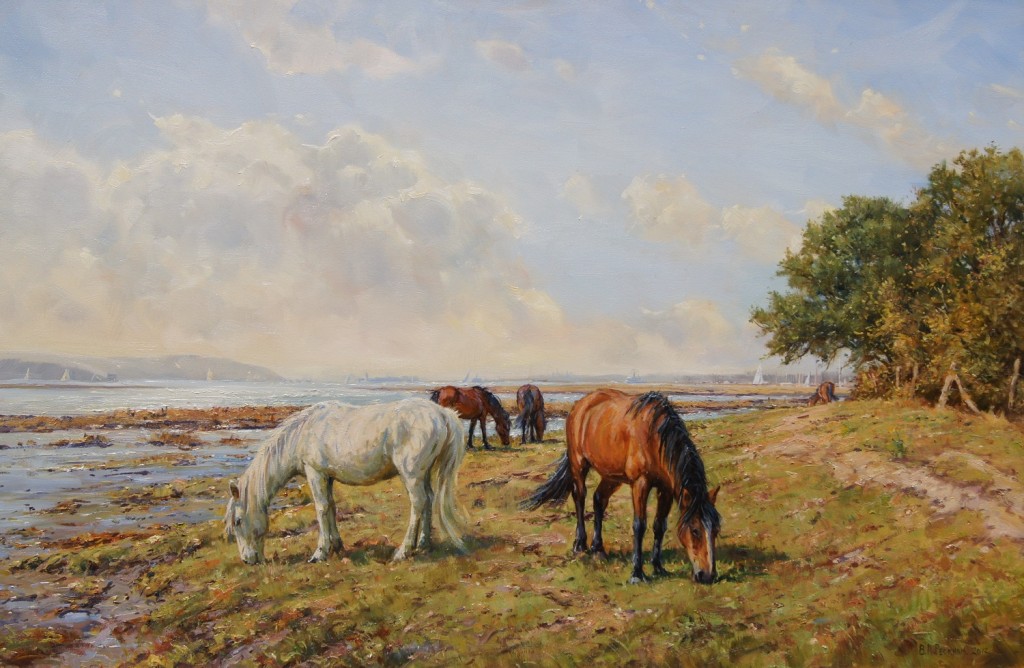 Barry was born in the New Forest, where he still lives and works. He is a member of the Royal Institute of Oil Painters, the Society of Equestrian Artists and an Associate of the Royal Society of Marine Artists. His work consists of landscape, marine, equine and occasional wild life. He prefers to work out of doors, directly from the subject, often adding the final touches in the studio.

Exhibitions Barry has exhibited at

Barry has won many prizes for his work, including the following:-

Barry lives in the New Forest and it is here that he finds his equine subjects of the ponies that roam the heaths, woodlands and shoreline.