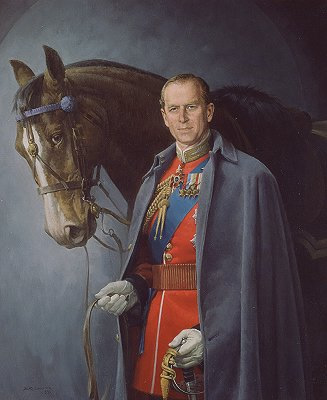 Barrie Linklater is one of the world’s foremost portrait and equestrian artists.

His commissions have come from Her Majesty the Queen, HRH Duke of Edinburgh, The Ascot Authority, the committee of York Racecourse, The Honourable Artillery Company, Sheik Ahmed-al-Maktoum, the Queen’s Tennis Club and the City of London.

Barrie is a long-standing member of The Society of Equestrian Artists and has been awarded prizes of excellence at several of their annual exhibitions. The most recent prizes have included the President’s Medal for “Most Meritorious Group of Paintings” in their Silver Jubilee Exhibition 2004 and Best Oil Painting 2006.

Now an established international artist, Barrie has paintings in the United States, Canada, Holland, Switzerland, Jersey, Dubai, the Far East and Australia. He has thirteen paintings in the Royal Collection. His work has been exhibited at The National Portrait Gallery, The Royal Society of Portrait Painters and a number of respected London galleries.