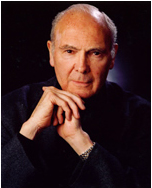 The art world sadly lost one of the foremost portrait and equestrian artists in March.

His commissions came from Her Majesty the Queen, HRH Duke of Edinburgh, The Ascot Authority, the committee of York Racecourse, The Honourable Artillery Company, Sheik Ahmed-al-Maktoum, the Queen’s Tennis Club and the City of London.

As a long-standing member of the SEA he was awarded prizes of excellence at several annual exhibitions.

Barrie was an established international artist with many paintings in the Royal Collection and numerous watercolours and drawings in royal ownership.

His first equestrian commission came from HRH Duke of Edinburgh during sittings for a portrait commissioned by the Welsh Guards when Barrie was requested to include his ceremonial horse in the painting. Prince Philip himself then commissioned Barrie to paint The Queen’s favourite Mares and Foals as his Silver Jubilee present to Her Majesty the Queen. Further details of his life and works are available at barrielinklater.co.uk/