Robert has lived in his native Northampton all his life. He studied with the Paris School of Art for two years in the 70s and has exhibited in the London area and his home town. He has also held a trade stand at Newmarket Races in October 2002

In 2003 he joined the Society of Equestrian Artists as a Friend.

Working in all mediums he tries to capture the power and grace of Man and horse in motion working together as one.

He isn’t restricted to just equestrian works but will undertake any Subject in any medium. Roberts earlier works were mainly in oils but now he works in all mediums – mainly in watercolours/and Pastels but will still use oils/ charcoal and sometimes mixing the mediums for the desired effect. 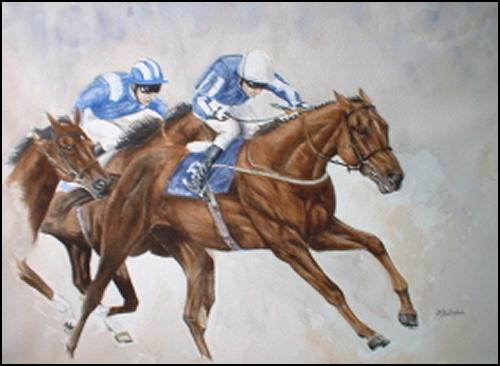