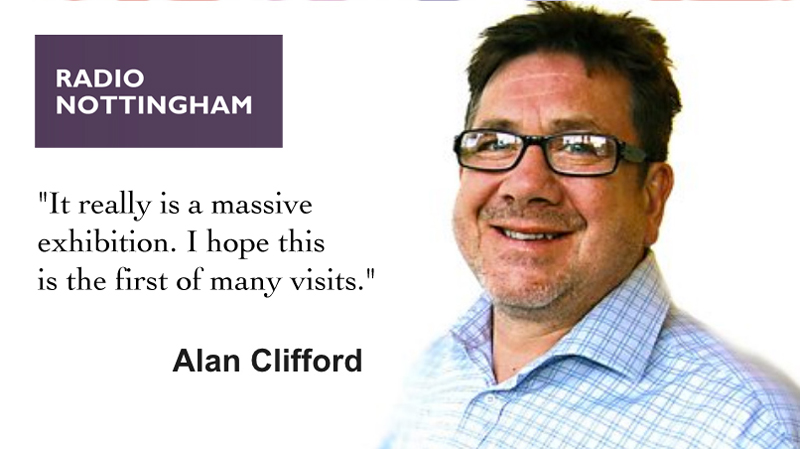 The BBC’s Alan Clifford dropped in to Sally Mitchell’s Gallery to find out more about the 38th Annual Exhibition of the Society of Equestrian Artists – Horse in Art.

The curator of the gallery and Museum of the Horse is Sally Mitchell who introduced the exhibition as showing the work “of the best horse painters in the country including some from abroad. There are 40 or 50 different artists and more than 100 pieces on show until 7th October.”

Curiously Alan’s eye was drawn to a particular selection of paintings, which were by Jennifer Bell SEA – he must have instinctively recognised the work of a Nottingham-based artist.

Alan’s visit also took in the Museum of the Horse, which forms part of the Newcastle Arms building and is housed upstairs from the main exhibition space. Sally explained how she came by it: “The property was boarded up and vandalised for seven years, but we used to have a gallery just up the road and would often speculate on how good this building would be as a gallery. When it did come up for auction the Estate Agent told us we would be mad to buy it. We were the only ones interested on the day and we did get it for a song… but of course have spent a huge amount on it since then.”

The gallery is now run by a Trust so Sally is happy its future is secure.

Alan concluded: “This trip has been a real eye opener – a massive exhibition and a fascinating insight in to the social history of man’s relationship with the horse.”

Click here to find out more about Horse in Art 2017

View a sneak preview of Horse in Art