#SilkSeriesArt 2017 WINNER of the Best Racing Picture by a Female Artist with ‘Athlete’ (Oil) in support of a new race series from Arena Racing Company (ARC) worth £100,000 providing opportunity to champion pioneering female jockeys.

Jane was born in the Pennine village of Delph, north of Manchester but now lives in The Yorkshire Dales, close to the racehorse training area of Middleham. She has always had a natural affinity for horses and began riding as a young child. Her love for drawing and painting them also started at an early age.

Although Jane completed the Foundation course at Manchester College of Art in the early 1970s, she went on to lead a busy life as a Primary School teacher for 23 years and later, ran her own saddlery and country clothing business for 15 years. Throughout this time she also competed in eventing and dressage with her own horses. Now, with the competition years over, and the horses gone, she has returned to painting.

She has exhibited locally and nationally since 2014 and has won awards for her work (see list below). She enjoys the challenge of portraiture and painting figures in the context of cityscapes however, painting horses in a variety of situations such as racing, polo and eventing is where her heart truly lies.

She uses oils and sometimes charcoal to explore her interest in light, form, space and movement. Her aim is to catch that elusive fleeting moment which tells a story, without sentimentality.

–     an elected member of the Manchester Academy of Fine Arts (MAFA).

–     a frequent exhibitor both locally and nationally. 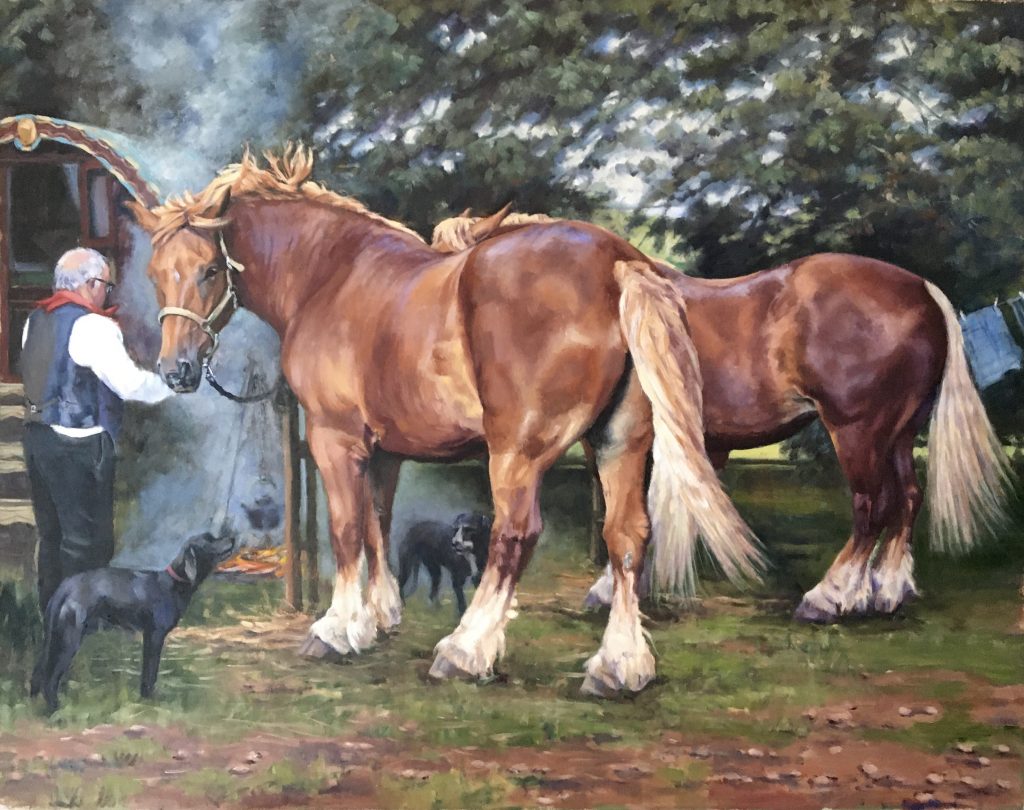 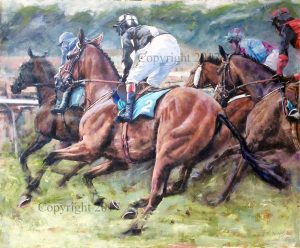 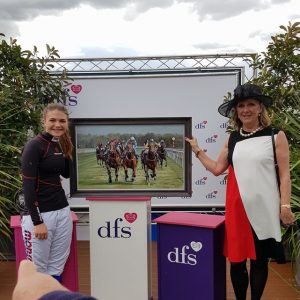 The Silk Series winner Megan Nicholls (left) is presented with ‘Up for Grabs’ by its creator Jane Braithwaite ASEA. The painting was commissioned by Arena Racing Company.